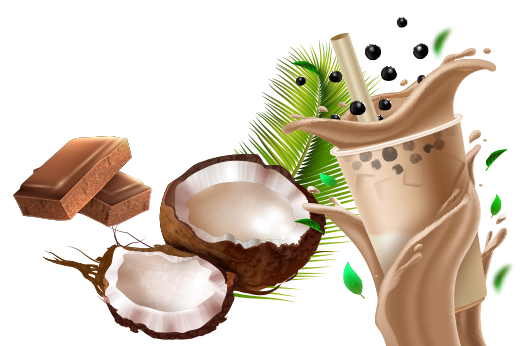 "Face mask have high demand globally and thanks to exporthub for providing serious buyers and assistance in some orders. We have multiple product line to offer. Thanks to the portal team to help us that i have managed to get serious buyers. Worthy of spend investment and time for my business."

"We are US based company and found exporthub helpful for our COVID related products specially masks with number of buyers provided by the helper from exporthub. It proved as good trade opportunity while the lead generation options are limited due to pendamic. We offer best price and quality, buyers are welcome to send inquiry and visit our online profile to contact us."

"I have been working in a domestic market for long but for some reasons as risk factor wasn't able to join the international market. Exporthub provides good assistance and guidance to deal customers in other countries. We have adjusted quality as per market as suggested the exporthub manager. So far so good and sampling in process."

Food and beverage, a fundamental human need, plays a very important role in our lives. The human population has lived on for years, growing, hunting, and discovering various forms of food for survival. Their curiosity has brought them to identifying, studying, and exploring many plants, animals, and insects that were capable of sustaining them. Food and beverages manufacturers are actively increasing their output, with the rise in the global population. Whether it is the different cultures, varying cuisines, or the types of the raw ingredient, the food and beverages industry does the inevitable job of producing, processing, packaging, and delivering foods to our doorsteps. The industry mainly is divided into two categories—production and distribution.

Production involves the processing of types of meat, cheese, and packaged foods, and the creation of beverages such as soft drinks, alcoholic drinks, and caffeinated products. On the other hand, distribution is all about transporting and supplying the product. Food and beverages suppliers, canned food suppliers, and frozen foods suppliers all come in this category. These suppliers are usually companies that supply food from factories to retail stores, restaurants, or consumers. The food and beverages industry is linked to many other industries.

Be it the technological or mechanical industries where companies use the power of technology to add value to the final products to attract a strong customer base. In addition, the industry is also directly linked to the agricultural sector, which has the highest contribution through its farmed products and raw materials. Since food is incomplete without agricultural products, the food industry is also insufficient without the agricultural and farming industry. According to reports, almost 55% of the agricultural produce goes as a raw material to the food and beverage manufacturers while the remaining is directly transported to consumers and retail markets.

Food and beverage processing has been carried out for nearly as long as it has been discovered. Previously, people looked for conventional ways like drying and using salt preservation to preserve food for longer periods. All this continued until the 19th century when canning and pasteurization techniques were invented. Food was then processed to turn into long-lasting products. Most of the canned food manufacturers and frozen food manufacturers strengthened soon after these practices were in high demand. The food distribution business is fairly new. There was no concept of transportation since people in earlier times bought what was easily available to them in their local region. With the increase in technology and transportation methods available, food is now much convenient to transport, supply, and export all over the world.

The Growth of Food and Beverages Manufacturers

Since food is a necessity, the food and beverage industry will always have a shining future. Despite the low profits and increasing commodity prices, the industry has made sure to bring forward food products that are healthy and fit for consumption. Food processing companies and exporters will have top competition as people are aware and concerned about what to buy and avoid, regarding their safety and quality of the product.