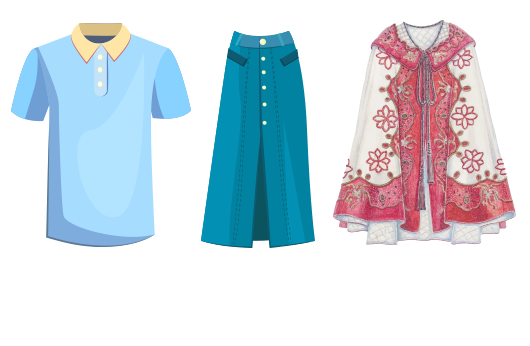 "I have been working in a domestic market for long but for some reasons as risk factor wasn't able to join the international market. Exporthub provides good assistance and guidance to deal customers in other countries. We have adjusted quality as per market as suggested the exporthub manager. So far so good and sampling in process."

"Export Hub is a very effective foreign trade platform for our company. Since last one year we are cooperating with Export Hub. And we would say Export Hub is very helpful with its network and online service business model around the world. The Account Manager’s work for us is very kind and hard-working, definitely result delivering, and worth the money you spent! They are the bridge between XG Technologies and Export Hub, and with their help we have got many new business opportunities. Good investment for all potential business starters and expanders. Many thanks for their hard work and hope XG Technologies and Export Hub will make more and better successful cooperation."

"Exporthub Account Manager helped us a lot on this road to success in e-commerce. They taught us how to build an impactful company-profile, and an eye-catching showcases. When all these put together, we have created a very good impression to our partners and customers."

"This is Jennifer from J-Anders cosmetics. We are professional supplier of Skincare products & specialized in OEM manufacturing and supplying our products globally. We have used various B2B platforms for sourcing of buyers but results are not as per our expectations, though we have heard about ExportHub and we decided to join them as premium member in 2019, since than our experience is satisfactory. Export hub offers a complete business solution to the suppliers who are really interested to grow their business globally by offering tremendous set of services especially The Account Manager’s work for us is very kind and hard-working, definitely result delivering, and worth the money you spent! They are the bridge between J-Ander Cosmetics and Export Hub, and with their help we have got many new business opportunities and successful conversions. Good investment for all potential business starters and expanders. Many thanks for Exporthub team’s hard work and hope we will make more and better successful cooperation for a year’s long.”"

The apparel and garments industry summarizes everything that involves manufacturing, production, sales, and trade of clothing and garments. Apparel is the basic most human necessity such as clothing, accessories, and footwear that comes after food. Its categories include daily wear clothing, luxury items, handbags, jewelry, and shoes. Apparel manufacturers, traditionally, were wholesalers that only dealt with manufacturing and selling large quantities either to retailers, who then sold it to fashion retailers or directly to consumers. Now, it is different, as most apparel companies deal with both types of operations.

According to statistics, the apparel industry globally is worth around 1.5 trillion US dollars in 2020. Moreover, in the next five years, the numbers are expected to shoot up to 2.25 trillion dollars. These revenues and exceptional figures are not just the contribution of apparel and garments alone but also the entire cycle of garment production. Starting with the raw materials of the textile industry that produce cotton, fur, wool, and synthetic fibers sold to apparel manufacturers and suppliers. The output of the apparel industry is sold through apparel suppliers to buyers belonging to the fashion industry. Besides that, apparel exporters play a vital role in the global economy.

Sneak Peek into the Past

The apparel industry in its early years produced handmade garments that were either hand-woven or made through manual sewing machines by women in factories and homes. As the demand grew, so did the ready-to-wear industry from the 1860s to 1880. By the 20th century, with the fashion industry rapidly expanding, the need for garments soared too. Most apparel suppliers in the developed world set up factories and plants in countries like China, Pakistan, Bangladesh, etc. The trend continued as apparel manufacturers benefitted from this type of outsourcing on a very large scale.

Apparel Manufacturers Production over the Years

The apparel and garments industry is one of the major contributors to the global economy. It has exceeded a market size worth $1 trillion since 2015 and continues to grow even bigger. In addition, it also represents almost 2% of the world’s GDP, which is higher than most industries combined. The garment industry altogether with the apparel, fashion, and textile industries is concentrated mainly in Europe, the USA, Japan, and China. In 2019, the largest apparel exporters include China, European Union Bangladesh, Vietnam, India, and Turkey.

These nations are mostly countries in Asia, which have manufacturing plants set up by Organizations from China, the USA, or the UK so they can get garments manufactured at the cost of cheap labor and economical working hours. The industry has been under a lot of pressure because of this working practice for over a long time already. Despite that, the profits have been very promising. The fashion industry, for instance, has benefitted a lot. For them, wholesale garments at a low price are very useful to make use of for their fashion requirements and to compete in the international market.