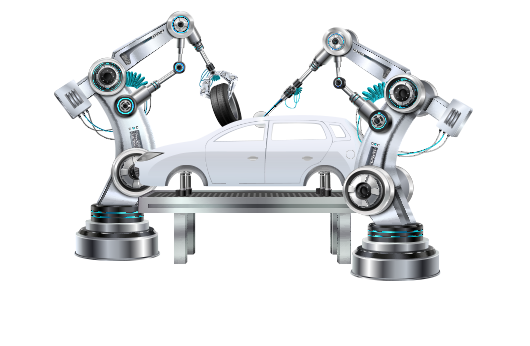 "We are US based company and found exporthub helpful for our COVID related products specially masks with number of buyers provided by the helper from exporthub. It proved as good trade opportunity while the lead generation options are limited due to pendamic. We offer best price and quality, buyers are welcome to send inquiry and visit our online profile to contact us."

"I was having problems and issues in finding right buyers for my product, a friend of mine told me about ExportHub. When I visited this B2B portal, I found it interesting and helpful platform to increase my export. I got a call from them, they are very professional so I decided to join them, their membership fee is very low and I am already in my ROIs due to successful business and order closures. Such B2B platform like ExportHub is really very helpful in finding right buyers for right products and they also provide guidance if there is any difficulty in doing Exports. I am Proud to be a Trade Partner of ExportHub."

"Export Hub is a very effective foreign trade platform for our company. Since last one year we are cooperating with Export Hub. And we would say Export Hub is very helpful with its network and online service business model around the world. The Account Manager’s work for us is very kind and hard-working, definitely result delivering, and worth the money you spent! They are the bridge between XG Technologies and Export Hub, and with their help we have got many new business opportunities. Good investment for all potential business starters and expanders. Many thanks for their hard work and hope XG Technologies and Export Hub will make more and better successful cooperation."

"The service rendered by exporthub is truly the best I have ever experienced in my experience with any B2B site. My KAM John Murphy is a consummate professional and they delivered on their promise of finding us reputable buyers in less than a month. I will like to recommend their service to any company interested in exploring and expanding thier market for foreign buyers"

The auto and transportation sector is one of the major economic and industrial forces worldwide. Despite the environmental concerns, this industry manufactured over 92 million vehicles in 2019, generating the highest revenue among all other industries. The automotive sector alone employs over 4 million people, keeping a powerful influence and significance globally. According to a report, 6.1% of all the jobs in the European Union are generated by the auto industry, both directly and indirectly. Auto and transportation manufacturers and suppliers are spread across the globe.

The automobile industry other than comprising manufacturing plants involves assembling plants and part plants globally. In terms of economic development, each of the two contributes to 60% of the vehicle value while generating 3.5 times as many workers as in the manufacturing and sales unit. In the USA alone, spare part plants have doubled in numbers in just the last five years, playing a significant role in boosting the world economy and helping auto and transportation manufacturers and automobile parts suppliers all across the world. With parts ready and furbished, manufacturing companies are finding it easier to prepare a vehicle through just-in-time manufacturing within 2-3 months.

The automotive industry is almost 100 years old. From starting its roots in France and Germany and later stepping foot in the USA, vehicle manufacturing and production carried on as demand rose over the years. From simple electronic vehicles and manually powered cars to self-driving robots, the industry has come a long way. Vehicle production, efficiency, features, and safety embedment have all grown with the demand and choices of consumers. The sizes, vehicle power, and metrics change as trends change with time. Later in the 20th century, with mass production and massive consumption, the automotive industry was titled “The Industry of Industries”.

Performance over the years, despite the automobile industry ruling for decades, has witnessed stalling growth and production. With many giants announcing the closure of their manufacturing plants across the UK, China, and Japan, the industry is now seeing a slump in demand and a range of production challenges. Here’s why:

However, with electric cars now becoming popular in demand, thanks to companies like Tesla and Audi, the demand for such cars will surely give a significant rise to this industry in the years to come.